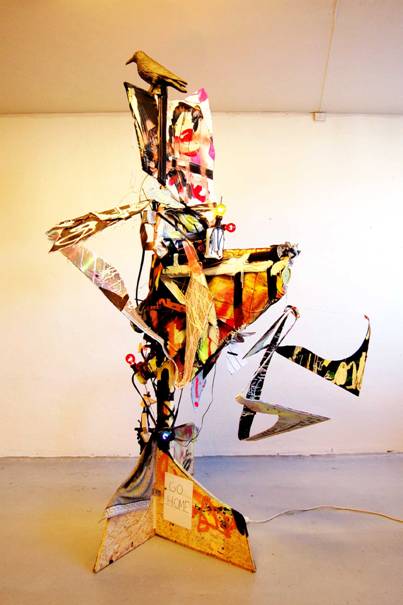 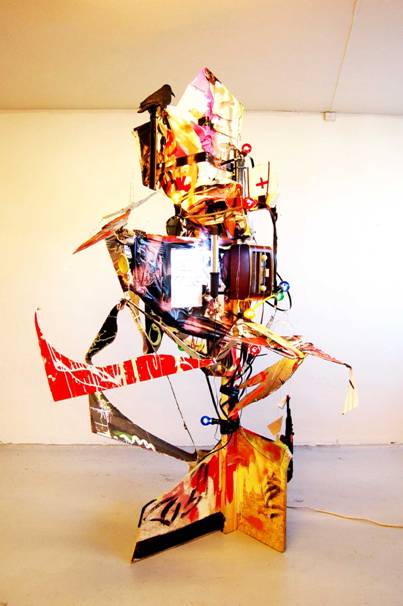 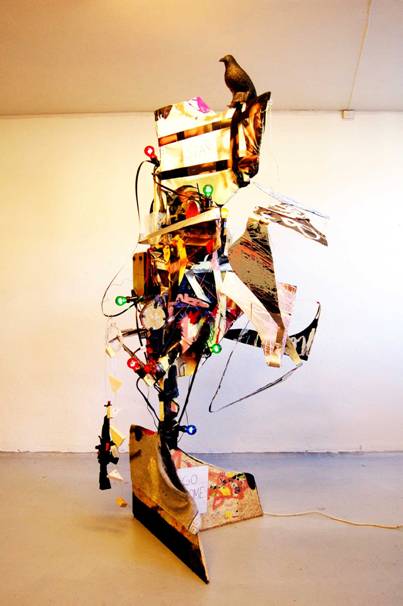 Bearing the renowned title of historical paintings depicting the three wise men paying respect to the newborn Christ, the sculpture compares the encounter of an art-piece with the worshipping of the sacred; a function of art not alien to primitive cultures. Quoting Poe’s the Raven (‘nevermore’) the art object has lost its ability to serve as a passage to the beyond, becoming a political medium of critique. Simultaneously functioning as signifier, weapon of interests, celebration and meeting point, the art piece is at once a receiver and transmitter adrift in an endlessly complex discourse, a game of association and disassociation where everything is connected (he-he-he).